WHO declares the global outbreak of Novel Coronavirus a ‘pandemic’ 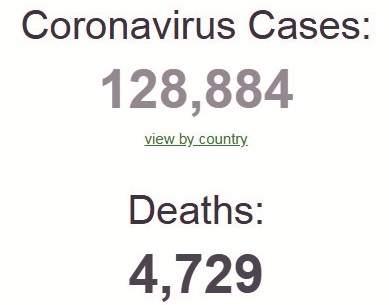 Geneva: ‘Different countries across the world did not take proper measures to control the epidemic. The Coronavirus crisis has, therefore intensified and has become a pandemic,’ the World Health Organisation (WHO) declared. While making the announcement at a conference in Geneva, the WHO expressed concerns about the spread and growing intensity of the Novel Coronavirus. The Coronavirus outbreak, which originated in the Chinese city of Wuhan in December 2019, has claimed 4,729 lives till date.

Before this, the Swine Flu in 2009, was declared as a pandemic. This epidemic had originated in Mexico and claimed more than two hundred thousand lives around the world. The outbreak had delivered a blow to the global economy in billions of dollars. After that, the Ebola virus in 2014, which originated from Africa, was declared as a global health emergency. However, the WHO was hesitant in declaring the COVID-19 outbreak as a pandemic.

Entry ban on European countries to stop the spread of Coronavirus in US, announces President Trump

Washington: – Entry ban has been imposed on the European countries, from Friday midnight, in an effort to contain the Coronavirus epidemic in the United States. It is said that the people coming from Europe will not be allowed to enter the United States and this ban will continue for one month. US President Donald Trump made this announcement and there has been a very severe reaction from the European countries.

The Coronavirus cases in the United States have crossed a thousand and 38 people have died. President Trump called for a special meeting on this issue and took this decision of a travel ban. Trump claimed that this is a very concrete and necessary action. But the European Union has expressed regret over the announcement and said that this would affect economies of both the countries and also the bilateral relations.

Rome/Beijing: In Italy, the Coronavirus deaths have jumped to 631. The Novel Coronavirus cases in Italy has crossed 10,000 with the country becoming a centre of infection in Europe for the Coronavirus pandemic. At the same time, the death toll worldwide has climbed to 4,360, while 118,246 cases have been reported. Even in a developed nation such as the United States, 29 people have died, and more than 1000 confirmed cases. Only a few days ago, the US President had asserted that the United States would handle the epidemic better than any other nation in the world.

In Italy, efforts to contain the pandemic are ongoing on a war footing, with the imposition of a lockdown on 60 million people from 16 provinces. Still, the epidemic is wreaking havoc in Italy. Italy has become the centre of the Coronavirus pandemic in Europe and the disease was observed to have rapidly spread in the country, which is the fastest after China. In a single day, the confirmed cases in Italy had soared by 168 with 631 deaths being reported so far. The numbers are feared to possibly escalate soon while the current number of cases in Italy stands at 10,149. In many areas of the country, hotels and restaurants are to remain shut. Also, all airlines have cancelled flights to and from the country. Rome/Tokyo/Geneva: – The Coronavirus epidemic in Italy has not been contained despite a lockdown of nearly one-fourth of the country, two days ago. Therefore, Prime Minister Giuseppe Conte announced the decision to lock down the entire country. This imposes nearly a total travel ban on all the 60 million Italian citizens. All the public programs and functions have been cancelled. Following Italy, Japan and the Philippines also have started preparing for imposing an emergency to contain the epidemic.

The Coronavirus epidemic is still spreading rapidly in the world, and every day, new countries are being added to the list. As per the information revealed on Tuesday, the epidemic has reached 115 countries and a total of 116,307 cases have been reported. At the same time, the number of deaths has crossed 4,000, and the number of cases and fatalities outside China is increasing.

In the last week of December, Coronavirus epidemic started from the Chinese city of Wuhan. In the initial phase, the Chinese agencies claimed that the virus was restricted to a certain part of the city. In the second week of January, the Chinese agencies were claiming that there are only 50 cases of Coronavirus. But the situation suddenly changed after that and a larger number of patients and deaths started surfacing. More than 80,000 cases of Coronavirus infection have been reported from China and the number of deaths has reached 3,136. The industry and trade in China have come to a grinding halt because of the epidemic and many small cities have been placed under lockdown. It is predicted that the Chinese economy alone has taken a hit of more than $200 billion, because of the epidemic. The epidemic has reached more than 100 countries in the world and the World Health organisation has said that it will possibly culminate into a pandemic.

Rome: More than 1,200 people tested positive for the Novel Coronavirus in the last 24 hours in Italy, and 36 deaths were reported. To stop the rampant spread of the outbreak, Prime Minister Giuseppe Conte issued a decree on Sunday, imposing a lockdown in 16 Italian provinces. Italy has placed travel restrictions as also a lockdown on the 15 million people informing that it would remain in force till 3rd of April. Meanwhile, the new Coronavirus has spread to 103 countries of the world with Latin America reporting its first death.

The Coronavirus outbreak, which originated in China in December last year, has culminated into a pandemic with more than 100,000 cases being reported from over 100 nations. The death toll worldwide due to the COVID-19 virus has reached 3,657, of which 3,098 are from China. The most significant spread of the virus outside China has been reported in South Korea, Italy and Iran. South Korea has recorded more than 7,300 cases while Iran recorded 6,500 cases of the Novel Coronavirus. 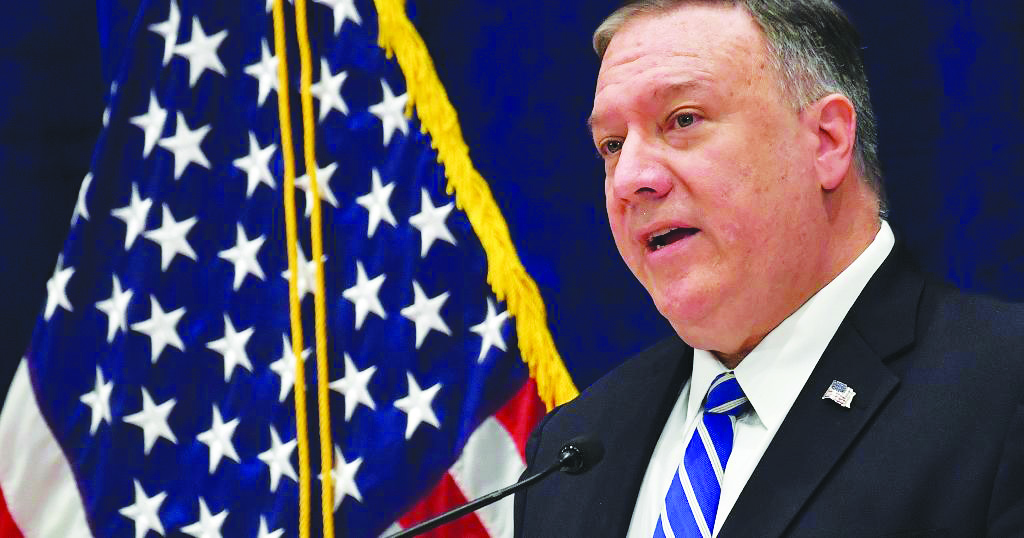 Washington/Beijing: The Novel Coronavirus outbreak has spread to 97 countries, and the number of patients has crossed a hundred thousand. The death toll due to the Coronavirus has exceeded 3,000. In the US, 17 deaths were reported due to the disease. However, the US Secretary of State, Mike Pompeo, heavily criticised China and said that despite the epidemic being on a rampage around the world, China was still hiding the facts and figures regarding the pandemic. Regrettably, China is not coming forward to cooperate, even in such a situation, Pompeo stated.

The COVID-19 is spreading dangerously across the globe with as many as 97 countries being affected due to the disease. The disease has left the situation deadly in the countries to which it spreads within a matter of days. The total number of patients worldwide has reached 102,863 while 80,651 of them are from China. The death toll in China due to the new Coronavirus has risen to 3,506. On Friday, 28 people died in China in a single day. All the deaths were reported from the city of Wuhan alone. 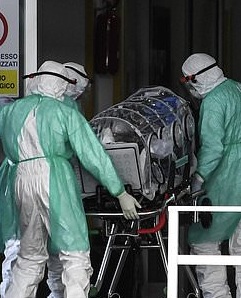 Beijing: The Novel Coronavirus, which broke out more than two months ago, and is rapidly spreading, has now infected over 100,000 people. The outbreak had originated from China and has claimed 3,408 lives as also begun to hit the global economy hard. On Friday, the US, European and Asian stock markets fell sharply while aggressive reactions over the outbreak have emerged from Japan, Italy, Iran and South Korea.

The COVID-19 began to spread towards the end of December and has now reportedly spread to more than 90 nations of the world. The countries infected with the virus have reported 1,00,383 cases. The disease is spreading alarmingly in the US, the European nations, Iran, Japan and South Korea. The number of cases in South Korea has risen to 6,500 with a death toll of 42.