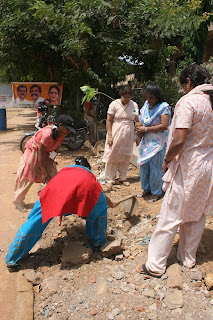 We all have been witnessing a deficient monsoon this year. Most parts of India have received very less showers and hence the threat of drought and effective price rise is looming large over our agrarian economy with ever growing population and needs. In the days to come, it would be a real challenging task for the authorities to manage supply of the already deficient stock of water. This question is so serious that if not handled well it may disturb the social harmony in a large way.

To find a last minute solution to scanty monsoon, authorities has now prepared a plan to conduct Cloud Seeding experiment in Maharashtra. On 1st September 2012, Cloud Seeding would be conducted in the catchment areas of reservoirs supplying water to Mumbai, the most populous city of India which would make clouds precipitate synthetically resulting in some possible rainfall.
Sadguru Bapu (Aniruddhasinh) always stresses that we, as a part of Society and responsible individuals (Shraddhavan) should contribute in reducing the problems faced by the society at large. Even on this issue of water shortage and scanty rainfall which has economic, social and national implications, Bapu (Aniruddhasinh) has given his practical guidance.
It is an accepted fact that the deforestation results in less rainfall. Therefore, mass plantation of trees is a very effective remedy for bringing effective rainfall and in preventing soil erosion, desertification and, of course, global warming. 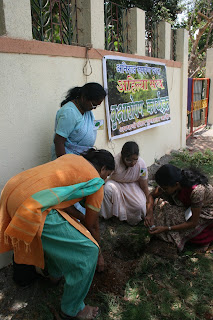 Hence under the guidance of Bapu (Aniruddhasinh) major initiatives have been launched and successfully implemented for tree plantation and its conservation. Aniruddha’s Academy of Disaster Management, Ahilya Sangh, and many other groups affiliated to Shree Aniruddha Upasana Foundation have been carrying out mass tree plantation programmes at regular intervals which is a form of social forestry. Bapu (Aniruddhasinh) has also urged every shraddhavan to plant and conserve atleast one tree in his lifetime. It was just last Sunday that Ahilya Sangh conducted a tree plantation programme at Kalina, Mumbai, wherein 58 saplings were planted.
Even a small step taken at the individual level does have repercussions at social and national level. Accordingly Bapu (Aniruddhasinh) has guided all the shraddhavans urging and making them understand that “every ‘plant’ cultivated in the space available – be it a pot in our window sill, is equally important”. Accordingly, Tulsi (Indian Basil), Rose, Mogra, Ginger, Curry Leaf plant and Zipri plants are being planted by shraddhavans at their homes. To demonstrate this and drive home a point that these plantations can also be carried in even the smallest possible area, Nandai herself has cultivated a small garden on the terrace of Happy Home and has planted many such trees and shrubs there.
It is indeed a matter of great pride for us that, with the encouragement and guidance of Bapu (Aniruddhasinh) and Nandai, more than 1,00,000 saplings have been planted till date in several parts of the country under the auspices of our sanstha, with initiative being taken in particular by the various Upasana Centres, as also by Aniruddha’s Academy of Disaster Management and Ahilya Sangh. It is further heartening to know that the success rate of trees planted by us is in the region of 75%. We must continue to maintain the momentum and, in the process, also try to create and spread the awareness regarding the importance of aforestation amongst the people at large.
ll Hari Om ll

How to Use Forum (Sai – The Guiding Spirit)

A Pricked Needle Came Off….