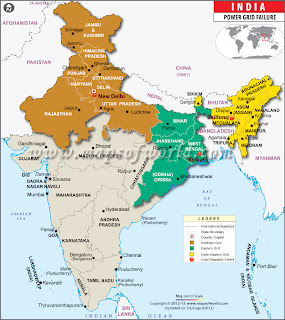 By now everyone of us must have come to know about the collapse of eastern, northeastern and northern electricity grids that knocked out power in 20 of 29 states and affected some 620 million Indians (around half of India’s population and 9% of the world’s population) causing havoc at train stations, airports, hospitals and on roads. For instance, Delhi Metro had to evacuate passengers from trains that stopped mid-journey. The Delhi Disaster Management Authority swung into action and helped in this evacuation. Millions in rural areas were unable to draw water from wells powered by electric pumps. In the coal mines of eastern India, as a result of this blackout, around 200 miners were trapped underground but were said to have been subsequently rescued.
It was one of the biggest power outages in the world. The blackout was unusual in its reach, stretching from the border with Myanmar in the northeast to the border of Pakistan about 1,870 miles away. The basic reason for this power failure is that the state electricity boards are not abiding by their power quotas and they do not manage distribution efficiently to avoid demand crunches.India’s demand for electricity has soared along with its economy in recent years, but utilities have been unable to keep pace with the growing needs. India has had a power deficit of about 12% in recent months.The power deficit was worsened by a weak monsoon that lowered hydroelectric generation and kept temperatures higher, further increasing electricity demand. But the ground reality is that over 50% of India suffers from low efficiency due to poor quality or lack of infrastructure. Over a third of our population has no electricity at all and further 40% suffer from long blackouts and wide voltage swings. This has affected our agricultural and industrial output, thereby affecting our total national productivity. 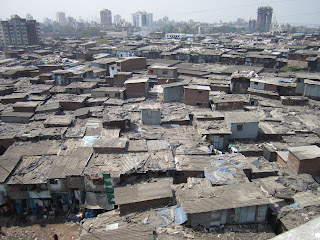 This power shortage has social aspect also. The urban areas are getting comparatively more regular electric supply as transmission losses are much less and the recovery of bill amount is more in these areas. The supplier companies are more interested in supplying power to urban areas rather than rural areas, thereby causing social unrest. This has been a perennial problem which has created a severe rural – urban imbalance. Due to lack of employment opportunities there, the rural population is compelled to migrate towards urban areas which often results in creation and proliferation of slums in cities. On the other hand due to the non-availability of agricultural labour in the rural areas, there is a growing risk of the area under cultivation for agriculture falling with a consequent reduction in the agricultural output of the country.If India wants to be a super power and wants to maintain its growth of economy, it will have to give due justice to the needs of both the urban and rural population. India has no choice but to keep pace with its power requirements and has to strive to reach a stage of “Continuous Power Supply”  in near future.