Almost a couple of years back a news had appeared in Daily ‘Punya Nagari’ dated 31st August 2015 highlighting the pathetic condition of malnutrition in Mokhada taluka of Palghar district (then Thane district). It was forwarded by Dr. Aniruddha Joshi jointly to the Core Committees of ‘Shree Aniruddha Aadesh Pathak’ and ‘Aniruddha’s Academy of Disaster Management’. For last many years the district of Palghar has been plagued by the problem of malnutrition.

Dr Aniruddha D. Joshi (Aniruddha Bapu) has always been sensitive and compassionate about various difficulties of the underprivileged or UPM (Below Poverty Line or BPL) masses. Through various ways and means, he has been trying to support, uplift and empower them. On directions of Aniruddha Bapu, a survey was jointly conducted by the Pathak and AADM in Mokhada.

With our past experience on various projects, our volunteers could easily strike a chord with underprivileged masses who seemed to be reluctant to share the information firsthand. It was difficult for them to trust or believe that strangers are really intending to support them. Hence volunteers of the Pathak and the AADM distributed clothes and Diwali sweets to build confidence in them. It helped in creating a sense of bonding and a family-like atmosphere. They were explained that if they were ready to help their own-self then the Pathak and AADM would create opportunities for them, wherein with their efforts their hunger would be cared for.

The findings of the survey were as under:-

To start with, Charkha Annapoorna Yojana was implemented in a remote hamlet named Gandhipool on 2nd September 2015. Under it, a hamlet-dweller would have to spin the charkha for at least 90 minutes for which he would get 200 gms rice and 50 gms dal. The very fact that this project had a lot of significance for these underprivileged masses was because they were not needed to beg to anyone for their daily food and moreover were to earn it with dignity.

Further, a team of volunteers was formed by the Pathak and AADM jointly, who took the responsibility of carrying out the project activities at Gandhipool. A weekly schedule was prepared for volunteer visits to designated hamlets (‘पाडे’ or ‘pada’ as they are known in the local language). Initially, 3 charkhas were donated to the hamlets by the Pathak and the AADM and their volunteers started training hamlet-dwellers in spinning the charkhas. This was a difficult task as the number of hamlet-dwellers wanting to learn the technique was large.

Slowly but surely the underprivileged masses have started to understand and get the benefits of the project. From then till now, just within a few months the Pathak and AADM have donated and installed total 12 charkhas in Gandhipool. Not only charkhas but even silver and other spares which are required for the running of the project are donated by the Pathak and the AADM.

With all these efforts, the administration at a local school in Gandhipool had requested the Pathak and AADM to work out a solution so that all children in the hamlet can get a wholesome meal. ‘Shree Aniruddha Aadesh Pathak’ and ‘Aniruddha’s Academy of Disaster Management’ has always extended the support wherever possible. Accordingly, Annapurna Yojana was also initiated at Gandhipool school from April 2016.

Since then the activity and the Pathak and AADM have gained popularity in the nearby hamlets and the underprivileged masses have started approaching both for help. During one of the conversations with the Block Development Officer of Mokhada in November 2016, we were requested to extend our support to 7 more hamlets which were facing severe malnutrition. Realizing the necessity the Pathak and the AADM have extended support and from November 2016 the activity has started in a hamlet named Khoch. Further 6 hamlets were added from January 2017 onwards, serving 8 hamlets altogether.

The hamlet of Gandhipool from where the journey began has been benefitted immensely. 62 families are getting support from the Charkha Annapurna Yojana. Activities like Vermiculture, water retention, etc. are being planned at Gandhipool so as to make it self-sustained and a ‘model village’ of GRAM VIKAS (rural development) as envisaged by Dr. Aniruddha D. Joshi.

The hanks made by the underprivileged masses are further processed by the Pathak and the AADM to be made into school uniforms which would be freely distributed in schools of Kolhapur to encourage needy and poor students in the rural areas to take to education.

Facts and Figures of the project are as follows: 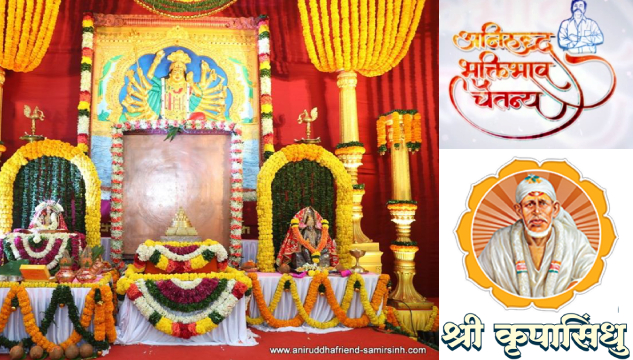