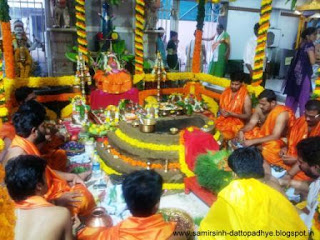 The Shree Mandar Ganesh is a siddha (equipped with matchless capacities and powers) and swayambhu (self-existent) manifestation of Shree Ganesh. It is also known as the Shree Moolarka Ganesh or the Shree Shwetaarka Ganesh. At present sacred rites and poojan in accordance with the vedas and essential to receive in welcome / install the Shree Maandaar Ganesh are being offered at the Shree Aniruddha Gurukshetram. The idols of this form are quite a common sight in the market or other places but those are made or carved. The siddha and svayambhu Shree Moolarka Ganesh found ‘as is in its natural state’ is indeed extremely rare to find.

There are several species of the Ruee tree among which are the Neel (blue) ruee and the Shwet (white) ruee. The Neel ruee i.e. the Neel Maandaar is easily available and is used in the Shree Shani poojan and on Saturdays in the Shree Maruti poojan too.
The Shwet Maandaar i.e. the white Maandaar however, is found in unique and sacred places only and this one is used exclusively in a poojan that is very special and sacred. Lord Shiva is very fond of the flowers of the Shwet Maandaar. The Maandaar tree gets its name neel (blue) or shwet from its flower.
The Shree Maandaar Ganesh is to be found at the roots of the Shwet Maandaar. A fully formed figure of the Ganesh assumes shape at the roots of the Shwet-Maandaar tree that is 21-25 years old. The tree that has the Shree Maandaar Ganesh at its roots, is ever fresh green and ever in bloom, which explains its special and unique appearance. 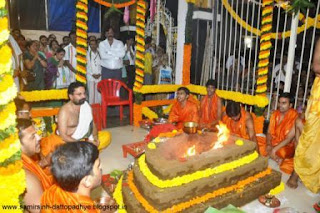 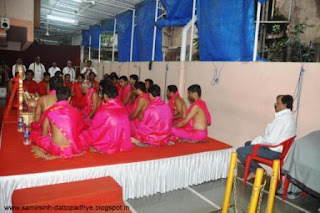 The formed figure of Ganesh is carefully lifted out in moonlight but within three ghatikas (72 minutes) of the moonrise on a full moon day or alternatively on the day of the Sankashta Chaturthi that falls on either a Tuesday or a Thursday but in any case only after an inspection of the tree that is followed by certain rites.

The rite of invocation and ‘digbandhan’ is performed 21 days before the Shree Maandaar Ganesh is to be lifted out. The actual lifting out of the Shree Maandaar Ganesh is done using silver tools or instruments. This procedure must necessarily be done by a knowledgeable person under the guidance of an expert or else it is believed to invite unfavourable or harmful consequences. 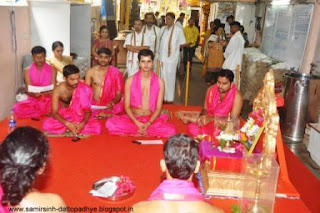 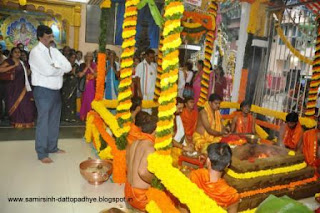 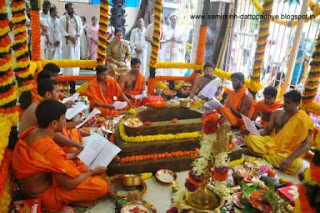 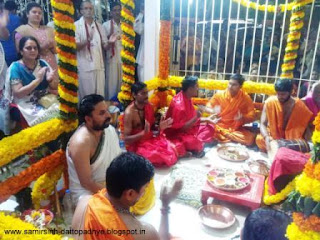 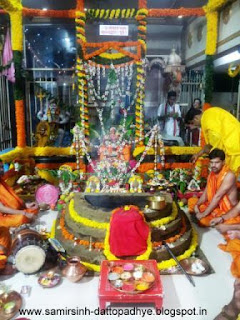