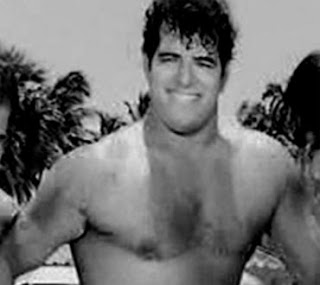 Dara Singh, who endeared himself to an entire nation for more than half a century, initially as a wrestler par excellence, (who was once crowned Rustam-i-Hind) and then as an actor of substance is no more. He passed into eternity today (12-July-2012) morning.
Dara Singh who was born on 19th November 1928 as Deedar SIngh Randhawa will always be remembered for his realistic and convincing portrayal of Hanuman. He played the role in scores of films, the last being the TV serial ‘Ramayana’, which had taken the nation by storm. He was in a manner of speaking, the face of Hanuman. He also played role of Bheema and a memorable role of Balarama in the epic ‘Balarama Shri Krishna’ which I have seen.
Param Poojya Bapu (Aniruddhasinh) who has Himself learnt wrestling had a very high regard for Dara Singh style of wrestling and has actually seen his performances.
In Dara Singh’s death we have lost a genuine sportsman, artiste and a human being. I pray at Param Poojya Bapu’s (Aniruddhasinh)feet that his soul rest in peace. Hari Om..

Sadguru’s Feet – The Only Refuge