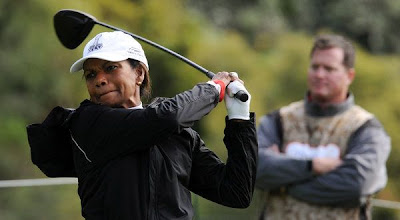 The day before yesterday, I happened to read an article in the Washington Post ePaper on my mobile.  There was one piece of news that grabbed my attention and took me completely by surprise.
In the United States, Augusta National Golf Club is regarded as one of the finest and best golf clubs. However, what I found shocking was that it had a closed membership policy that barred women from becoming members. Considering the fact that American society is one of the most developed and modern societies’ in the world, this was indeed a very hard fact to digest. It was only 2 days ago that this club allowed 2 women as its maiden lady members – former Secretary of State, Condoleezza Rice and Darla Moore a powerful and influential banker in the US. This goes to show that inferior treatment is still being meted out to the average American woman, for whom the club is still out of bounds.
A similar situation was witnessed a few years back, when the world famous Marylebone Cricket Club (MCC), where the hallowed Lord’s cricket ground is situated, finally opened its doors to women for membership. It was indeed a historic occasion, as it marked the end of more than 200 years of bias against women.

It is after looking at instances such as these that we begin to realize that differential treatment of women is not a phenomena that is confined to developing and underdeveloped countries alone; it has its presence in developed countries as well, where women continue to struggle for a fair, reasonable and equitable treatment. In the end, the picture of the modern and developed societies that we see from the eyes of a developing world is not all that rosy as it seems.

Under the guidance of Sadguru Bapu (Aniruddhasinh), we have been fortunate to inculcate in ourselves the culture of equality among the Shraddhavaans, irrespective of caste, creed, religion or gender. Women have equal participation in every event and equal and respectful treatment is meted out to them. Widows perform the “aukshan” of their beloved Sadguru, women participate in all the pujas, yagnyas and even conduct pujas for others. Women also take responsibilities in activities such as photography and video shooting, planning and execution of various projects such as tree plantation drives, blood donation camps, AADM parade, etc.
This is possible only because we Shraddhavaans are ready to follow the path of Bhakti shown by our beloved Bapu (Aniruddhasinh).
ll Hari Om ll

Burning issues from across Asia