Beijing: An epidemic of an unknown virus is rapidly spreading in China and thus, alerts have been issued in the Asian countries. The epidemic broke out in the Wuhan city of the Hebei province. The Chinese agencies have informed that 44 people have been infected in the last few days. But there is a fear of the epidemic spreading very rapidly, and hence, additional facilities at the airports and harbours has been initiated. Before this, in the years 2002-03, the SARS epidemic originating from China had taken hundreds of lives in Asia.

Pneumonia caused by an unknown virus has been reported from the Wuhan city in Hebei province where more than 40 people, infected by this virus, have been admitted to the hospitals till date. Eleven patients are said to be in critical condition. There is an atmosphere of fear in the Asian countries. Because of the situation in Wuhan, countries like Singapore, Malaysia, South Korea, Taiwan and Indonesia have initiated immediate actions. Sources have informed that independent systems have been installed at the airports to examine all the passengers coming from China. Geneva: – The World Health Organisation (WHO) has issued a serious warning that the outbreak of a mysterious virus that has started in China can spread globally and the health agencies in all the countries around the world should make necessary preparations. The epidemic of this mysterious virus started in China at the beginning of this year and it has already claimed one life. The WHO was alarmed after it found a person infected with the same virus in Thailand and issued an advisory for the health agencies of all the countries.

A new variety of Pneumonia, caused by an unknown virus, was found in the Wuhan city in China and more than 40 people have been admitted to the hospitals after getting infected by the virus so far. Eleven patients, out of these, are said to be in a critical condition. Following the Wuhan report, the Asian countries have been gripped with fear and Singapore, Malaysia, South Korea, Taiwan and Indonesia have started taking frantic measures. These countries have set up special independent facilities to check all the people coming from China. Beijing: The extent of the epidemic of the unknown virus, first found in the Wuhan city of China, is increasing. Although the Chinese government agencies are claiming that only 45 people have been infected, it is claimed that the actual number is more than 1,700. Two people have died in the epidemic caused by the virus currently referred to as Wuhan Virus, and patients infected by this virus have also been found in Japan and Thailand. Against this background, the United States and India have issued an advisory for their citizens to avoid travelling to China.

It has been said that this unknown virus which causes pneumonia has been found in the city of Wuhan, in China, and 45 people have been admitted to the hospital so far. Two of these patients have died and more than ten are in a critical state. The preliminary investigations revealed that the infection started from the Seafood Market area. There is an atmosphere of fear as the Chinese agencies are not willing to disclose more information regarding the epidemic and the World Health Organisation too has expressed concerns over this. Growing concerns of deadly Coronavirus outbreak in Wuhan infecting over 10,000 people, WHO likely to declare a ‘Global Health Emergency’ 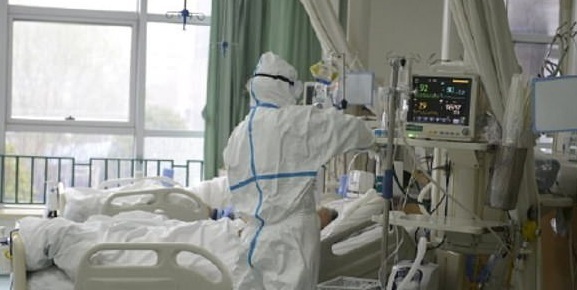 Beijing/Washington: The Wuhan virus outbreak, which originated in China, is spreading dangerously fast, and the European researchers claim that the number of patients in China alone has crossed 10,000. The World Health Organisation (WHO) has taken note of the killer virus, spreading in the world from China and initiated preparations to declare a global health emergency. As per the Chinese agencies, the number of persons infected with the Wuhan Virus has risen to 450 while claiming the lives of 17 people.

At the end of last year, the virus from the family recognised as the Coronavirus had erupted in China. Initially, the outbreak was claimed of being limited to the Seafood Market and surrounding areas. After information on the virus began to surface, the Chinese agencies asserted that only 40 to 45 patients were admitted with the infection. However, the Chinese agencies’ coverup was subsequently exposed.

Beijing/Wuhan: The Wuhan virus is spreading rapidly in China, where the country declared a lockdown in Wuhan, the city from where the virus had originated and also in neighbouring Huanggang to contain the spread of the virus. All the entry and exit points to both the cities were closed on Thursday morning. At the same time, China initiated a special operation to screen every resident in the city.

The Coronavirus outbreak that began at the end of last year is spreading rapidly. Along with China, six other countries have reported cases of the virus. As per reports from Thursday morning, nearly 650 people were infected with the illness, of which 628 are from China. Also, the death toll from the outbreak has reached 17. Mumbai: Two suspected cases of the ‘Wuhan Virus’ that has been spreading like wildfire in China were detected in Mumbai. The news has caused quite a stir as the government had already placed all international airports on high alert. The passengers returning from China with symptoms of the virus were ordered to send to the isolated wards on the immediate basis. Ever all private doctors in Mumbai have been asked to remain cautious and to alert the authorities as soon as they come across any suspected case of the virus.

Last year, a ‘Coronavirus’ was detected in China. Currently, the ‘Wuhan virus’, identified as a new strain of the same ‘Coronavirus’ has been wreaking havoc in China. Moreover, Wuhan virus cases have been reported in the countries of the US, the UK, Korea and Thailand. As the word about the coronavirus outbreak spread outside China, the Indian Ministry of Health had issued a travel advisory. Passengers travelling to China were advised to take a few precautionary measures as also the passengers arriving in India from China were ordered to undergo a thermal screening.