Roubini is a senior Professor in the New York University and a founder of an economic advisory company. During Barack Obama and Bill Clinton’s presidency, he worked with US administration in the capacity of an economist and advisor. Currently, Nouriel Roubini, who is a member of the advisory committee at the International Monetary Fund (IMF), is recognised as a leading economist in the country. His prediction, which was made two years before the economic recession had hit the United States in 2008-09, created a sensation.

The US will lose its military domination unless the nuclear weapons are modernised, warns senior US official Washington: Admiral Charles Richard, chief of the US Strategic Command warned ‘Russia and China are increasing their nuclear might tremendously. In this scenario, if the United States did not invest intelligently in its nuclear program, we will come to such a turn that it will not be possible to return. The United States will lose its military domination for a long period.’ Admiral Richard suggested that the United States should modernise the strength of launching a nuclear strike from air, land and sea.

Admiral Richard asked for more military funds while talking in front of the Armed Services Committee of the US House of Representatives. If you want to dominate countries like Russia and China, having huge nuclear arsenals, the United States must modernise its nuclear weapons. Admiral Richard appealed to the US Congress for more funding for this purpose. At the same time, the Strategic Command Chief said that there should not be any prevarication while modernising the nuclear might.

US will lag behind China on the military front because of the lack of revolutionary research, advises renowned US entrepreneur Elon Musk Washington: – The Chinese economy can become double the size of the United States at some time. Renowned entrepreneur Elon Musk suggested that if the United States intends to dominate the world as the military superpower, there is an immediate need for some revolutionary research in the defence sector. Musk retorted that in the absence of such research, the United States could be pushed to a secondary position on the international level. Pearl Harbour: The tension between the US and Chinese navies in the Pacific Ocean region is increasing. The US navy accused that a Chinese destroyer attacked a P-8A Poseidon, surveillance aircraft of the United States with a laser. This attack took place near the Guam base of the US Navy, in the Pacific Ocean. Therefore, US analysts claimed that China is posing a challenge to US domination in the sector with this attack.

The US Pacific Fleet at the Hawaiian Islands accused the Chinese navy, in the information published. Last week, a P-8A Poseidon surveillance aircraft was on a routine patrolling mission, as per schedule, in the Pacific airspace. When the aircraft was nearly 380 Kilometres from the Guam island, a Chinese Luyang 3 class destroyer, sailing through the Pacific region, launched a laser attack.

Washington: The US Department of state-imposed sanctions against 13 companies and individuals for assisting Iran missile program, in violation of the sanctions imposed by the United States. The US department of state declared that these companies and individuals are connected to China, Russia, Turkey and Iraq. At the same time, the United States warned that it would also be taking some tough measures to stop the Iranian missile program.

The US department of state announced fresh sanctions on Tuesday. In the year 2000, sanctions were imposed against Iran, North Korea and Syria under the non-proliferation regulations. In these, permission was denied for any entity to assist these three countries for their missile manufacture and development programs. But the United States accused that Chinese, Russian, Turkish and Iraqi companies and individuals were assisting Iran.

US should prepare for a military confrontation with China, warns Pentagon official 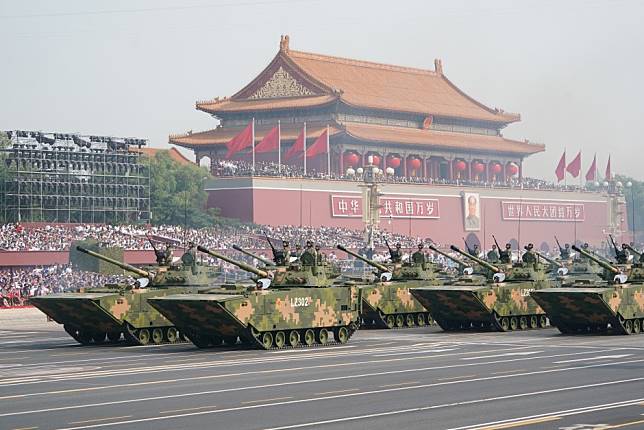 ‘China’s People’s Liberation Army is gaining strength by the day. China is growing its military strength in line with its ambition to become the global superpower. Especially, the Chinese military activities in the Indo-Pacific region are a growing cause for concern’, Chad Sbragia, the Deputy Assistant Secretary of Defence for China said. Sbragia issued the warnings on the growing Chinese threat while talking to the US-China Economic and Security Review Commission.

Bangkok: USS America, equipped with the super-advanced F-35B stealth fighter jets and USS Green Bay, reached Thailand on Saturday. Both the countries announced that these warships would be participating in the 11 day long naval exercises with the Thai navy. Meanwhile, it is reported that China has been building a secret military base in Cambodia, the neighbour of Thailand. Against this background, the exercises of the amphibious aircraft carrier USS America equipped with F-35B fighter jets, in Thailand, are considered important.

US takes stern action against China’s state-media, accuses it of running Chinese Communist Party agenda in US

Washington/Beijing: The US Department of State has charged five leading Chinese news agencies of being agents of the Communist regime. All these five news outlets operating in the United States will be termed as foreign agents. At the same time, the US State Department instructed China’s state-run media to submit personal information of the employees working in the United States to the Trump Administration.

The US State Department has served notices to the Chinese news agencies, Xinhua, China Global Television Network (CGTN news channel) China Radio International, China Daily Distribution Corporation and Hai Tian Development. The United States has accused China of implementing its agenda in the United States through the agencies. Also, that they were being misused for the Chinese propaganda. Tokyo: Japan, who is taking rapid steps to increase its military might, has initiated the development of an anti-aircraft carrier missile. Japan will be equipped with this super-advanced missile in the next few years. A leading Japanese newspaper reported this by quoting sources in the Japanese defence ministry. The Chinese naval movements are on the rise in the Senkaku Islands region in the East China Sea. Against this background, the newspapers are claiming that this announcement of the development of an anti-aircraft carrier missile is a warning for China.

China hid the information regarding Coronavirus epidemic, claims US daily Washington/Beijing: Chinese experts had warned regarding the Coronavirus epidemic, originating from Wuhan city, in December itself. But as per the claim made by a US daily, the Chinese communist rulers pressurised the experts and hid the information regarding the epidemic. The US daily accused the US unit of not revealing the information even during their visit to China in January. Therefore, the claims of negligence by the Chinese rulers are once again being endorsed. Hong Kong: While the world is busy finding measures to control the Coronavirus epidemic, the pro-Chinese administration in Hong Kong has raised the baton of action against the protestors. On Friday, entrepreneurs and opposition leaders, supporting and participating in the protests were arrested. They were accused of participating in a rally that was illegally held amidst the anti-China protests in August.

The Hong Kong police detained Jimmy Lai, funding the Hong Kong agitation along with Li Cheuk Yan and Yeung Sum. Jimmy Lai is the chief of Next Digital, the leading media company in Hong Kong. This company publishes a daily by the name ‘Apple Daily’.

Beijing: Chinese President Xi Jinping declared that ‘The Coronavirus outbreak is spreading rapidly in Wuhan and other Chinese cities. It is the most significant calamity faced by the Chinese Communist Party in last seven decades.’ President Jinping expressed grave concerns over the outbreak as he confessed that the efforts to surmount or even contain the deadly epidemic had failed.

In China alone, the novel Coronavirus death toll stands at 2592 while cases were reported in the neighbouring countries of Japan, South Korea, along with Iran from Middle East. Given the recent developments, Chinese President Jinping has appealed for more efforts calling them a necessity to contain the outbreak.

Has the EU turned into a subsidiary of the Chinese Communist Party?

US takes terrorists head on; handles adversaries bluntly under Trump