Brussels: A new report published by NATO warns of growing possibility of a war breaking out between two countries on a global scale which could transform into hyper war. The report further warned that cyber attacks, artificial intelligence, the growing military power of China and Russia and North Korea’s nukes could prove potential triggers to this hyper war. NATO recently published a new ‘Four yearly report’ in which it claimed that the odds of the western powers winning such a hyper war are decreasing. New religion to be based on Artificial Intelligence (AI)

Washington: Last month, Sofia, the first robot citizen equipped with Artificial Intelligence (AI) surprised everyone by giving an interview during the “Knowledge Summit” held in Dubai. She claimed that in the coming times, robots may have an independent personality like the humans. Whereas Sam, the ‘virtual politician’ is getting ready to contest for the 2020 elections in New Zealand. This is all being possible due to ‘Artificial Intelligence’ and in the coming years, this extremely sophisticated technology is preparing to give out with even bigger shocks. An AI-based religion has been founded and some specialists have claimed that in coming years, people will accept the ‘Robot-Messiah’ based on this technology. Moscow: The industrial sectors in Russia should be prepared to fulfil the specific demands during war times, appeals the Russian President Vladimir Putin. In an International Convention held in Sochi, the President instructed about this in the light of the crisis in the gulf and the Korean territory. In the last week, a senior official of NATO expressed possibility of a Russian-Chinese war in opposition with the United States. In consideration with the defence sector, the President necessitated goods production in Russian Army as a decisive and an important step.

US conducts airstrikes on Taliban controlled opium trade in Afghanistan

Washington: The United States has intensified its operations in Afghanistan against the growing control of Taliban and ‘IS’ by carrying out 3 times more airstrikes in just one year. The airstrikes that are not only targeting the terrorists but also the narcotic trade has caused significant damage to Taliban and its affiliated terrorist groups, as reported by the western media.  The US intensifying its actions against Taliban in Afghanistan is clear from footage broadcasted last week in the US media.

Moscow: ‘Bitcoin’ rate hitting a record high of 7,888 Dollars three days back, has now sharply fallen by 1300 Dollars. In barely 48 hours, the ‘Bitcoin’ rate has declined by 17%. The fall may be triggered by sudden withdrawal of decision to implement technical improvement in ‘Bitcoin’. This decline substantiates  the speculation of Bitcoin investment is an ‘Economic Bubble’.

US to use plants for espionage

Washington: In the world of espionage, a lush green plant could do a better job than a ‘Field agent’ i.e. a spy in a war zone, claim US military officials. Based on these grounds, the ‘Defence Advanced Research Projects Agency’ (DARPA), associated with the US defence headquarters Pentagon, has begun work on ‘spy plants’. These ‘spy plants’ will reduced loss of life and the threat of a sensitive data leak at the hands of the enemy, claim US military analysts. ‘DARPA’, the organisation that develops new technology for the US military, had provided information regarding the spy plants at the start of the month. It clearly stated that by genetically engineering the plant ‘sensors’, it was developing spy tech to use these plants for espionage in war zones.

Washington: In next decade, China would achieve supremacy over space and operationalize with defense capability claims senior officer of the US Air Force. Lieutenant General Steve Kwast, commander of Maxwell Air Force Base warned that China’s progress in space technology is currently advancing five times than that of US. Lt. Gen Kwast has expressed concern that the US is not progressing enough and even the policies are not aggressive enough. Lt. Gen Kwast, in an interview to a private news channel, pointed out about China’s aggressive space programs.

Beijing: Chinese President Xi Jinping’s ‘One Belt One Road’ project a part of his ambition to make China a superpower, seems to have hit roadblocks as claimed by a few analysts. President Xi Jinping had announced this project about four years back and since then many Chinese companies have aggressively invested and initiated projects in many countries. However, many of these projects have faced challenges which has reduced the overall chances of success of the ‘One Belt One Road’ project. New Delhi / Beijing : News of China planning a more dreadful plot than building a dam on Brahmaputra and stealing India’s water, surfaced recently. A Chinese editorial had claimed that China had built a 1000-km long “underground tunnel” and  planned to divert the waters of Brahmaputra to its Xinjiang province. After receiving an aggressive response from India, China clarified that it was a false report. It is quite evident from the aggression being displayed by China over the past few days that India would have to face serious consequences if it were to trust the said report.

Military cargo to be transported through the Brahmaputra

Guwahati /Mumbai : While the available waterways in the country are explored for their use for transportation, Indian Army also mulls on using waterways to transport military cargo. Indian army is planning to transport military equipment through Brahmaputra basin to north east region near the India-China border as an alternate to the otherwise treacherous roads currently used. Lately China tried to restrict the water flow of Brahmaputra river into India by building a dam and as speculated in the recent report, China is planning to divert the water elsewhere by building a 1000Km tunnel. Meanwhile Indian Army is deciding to use Brahmaputra river to transport  military equipment.

A relief amongst destruction –

Vermiculture, a best solution to the challenge of Solid Waste management

The Municipal Corporation of Greater Mumbai, learning from the success of working together with the Citizen Bodies in various projects, recognized the need for greater public participation for good governance and better delivery of civic services. Thus, civic citizen partnership led to the birth of the concept of Advance Locality Management (ALM).  ALMs provide a convenient “Point of Contact” for the citizens with the MCGM to deal with issues/ programmes, mainly related to Solid Waste Management, Disaster Management and other Local Civic Issues (L.C.I). 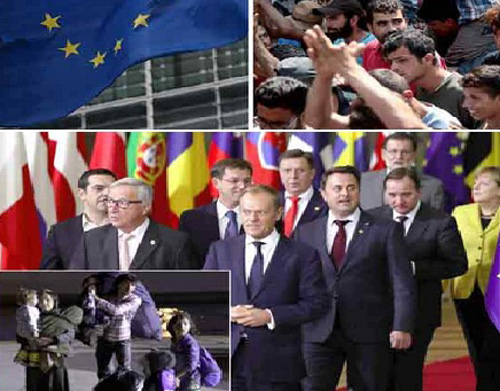