California: “Saudi Arabia and Sunni Arab nations are working in coalition with Israel to tackle terrorists in the Middle East”, said US CIA Director Mike Pompeo in a stirring statement. He also claimed that Gulf States and Middle East will be more secure, if this cooperation between Israel and Saudi Arabia continues. While speaking at the ‘Reagan National Defense Forum’ in California, the CIA director clarified about an alliance established between Saudi and Israel.

Most of the detainees in Saudi ready for settlement

Jeddah: Most of the Saudi princes and officials detained in a corruption crackdown last month are ready for settlement. They have also agreed to surrender 70% of their wealth and accept the Crown Prince Mohamed Bin Salman as their leader, informed Saudi Arabia’s attorney general, Sheikh Saud Al-Mujib. A month ago on November 4, an anti corruption committee led by Crown Prince Mohammed bin Salman conducted an unprecedented drive against corruption.

Financial aid to countries opposing US decision on Jerusalem will be cut, threatens US President

Washington: The US President has given a stern warning to the countries who voted against the US’ Jerusalem decision at the UN. President Trump said that aid to the countries voting against the US’ decision would be cut and it would save the US a considerable amount of money. Earlier, US Ambassador to the UN Nikki Haley had threatened the countries preparing to vote against US too. A meeting of the UN General Assembly would be called upon in a few hours after the request of the ‘Organisation of the Islamic Council’ (OIC) and the Arab nations.

Obama administration ignored Hezbollah’s narcotic trade in the US in an effort to reach nukes deal with Iran, claims an American website

Washington/ Tehran : Former US president Barack Obama overlooked the incursion and sprawling drug trafficking networks in the US controlled by the militant organisation Hezbollah, a shocking claim reported by an American website Politico. This report published by Politico drew sharp reactions from the US and Israel. Two months ago, President Donald Trump had announced to “decertify” the nuclear deal with Iran and had sent the legislation to the Senate to revise it.

Tel Aviv: ‘Crown Prince’ ‘Mohammad Bin Salman’ issued an ultimatum to the Palestinian President that he must accept the Israeli-Palestinian peace deal proposed by US President Donald Trump or else resign from office. An Israeli news channel released a report where it states that the Palestinian President, Mahmoud Abbas was invited to Saudi and served with this notice by the Saudi Prince a few days ago. The said news channel has also stated that Prince Mohammad bin Salman has warned President Abbas to break all its ties with Iran and Hezbollah along with talks of accepting the peace treaty. Iraq’s War against ISIS is over, declares Iraqi Prime Minister

Baghdad: While declaring its victory in its war against ISIS, the Iraqi Prime Minister Haider al-Abadi stated that the Iraqi army had attained complete control over the Iraq–Syria border and thus, he was declaring that the war against ISIS was finally over. He said that their enemy tried to destroy their culture, however, their unity and determination helped them turn victorious. He said that they had emerged victorious in a little amount of time. Due to this declaration, the war against ISIS in the Middle East is believed to have reached its climax.

Jerusalem: Saudi Arabia should take an initiative in Palestinian peace process that the US is currently working on and should adopt the role of its saviour, appealed Israeli Transportation & Intelligence Minister, Katz. In an interview to Elaph, an UK-based Arab website, Katz described Saudi Arabia to be “The leader of the world” and called on Saudi Arabia’s King Salman to invite Prime Minister of Israel, Netanyahu for a visit. “Taking an initiative, the US is concocting a proposal for further pushing Israel-Palestine peace process.

Riyadh: The Houthi rebels from Yemen fired ballistic missile directed towards the Saudi capital ‘Riyadh’. However, with the help of the Patriot defence system, the Saudi military intercepted the rebel missile in mid-air before striking Riyadh. Saudi defence had alleged that the fired missile was set to target Saudi King Salman’s palace. The US has strongly condemned this Houthi rebel attack over Saudi in sharp words. The Houthi rebels had declared to have fired the ‘Volcano H-2’ ballistic missile over al-Yamama, King Salman’s palace in Riyadh.

Riyadh: The ruling monarchy of Saudi Arabia has gifted a financial aid package of 530-million dollars to its people. Government news agencies state that this gift from the Saudi regime comes under the new social welfare programme. In the last week, Saudi Arabia had announced the country’s biggest budget ever. The aid package includes expenditure of 2.61 trillion dollars. It was just last month that some media outlets had stated that under the aggressive action of the Crowned Prince Mohammed Bin Salman, property worth almost 800 billion dollars was confiscated and deposited with the government.

London: An UK daily has made a sensational claim that the torture of Saudi Arabia’s princes, arrested over the charges of corruption are still being continued. The report states that this torture is being carried out by a private company named Blackwater who undertake security related contracts. However, Blackwater has refuted this claim. Three weeks ago, few of Saudi Arabia‘s princes and senior officials were arrested under the charges of corruption. The details of this operation and other related information has not yet been disclosed. However, shocking details about this operation in Saudi is now coming to the fore. New York/ Mogadishu: UN has warned in a report that the Islamic State (IS), which is withdrawing from Iraq and Syria is trying to set up its base in Somalia. The ISIS has been making efforts to increase its presence in the Puntland region of North Somalia, however, according to the reports; the number of terrorists has crossed 200. Last week, the US had reported 20 terrorists killed in drone attacks in this region. The United Nations mentioned about the growing influence of ISIS in Somalia in a report released on Friday. It has come to the fore that the members of IS, loyal to their religious authority Sheikh Abdul Qadir Mumin have planned to encroach Somalia. 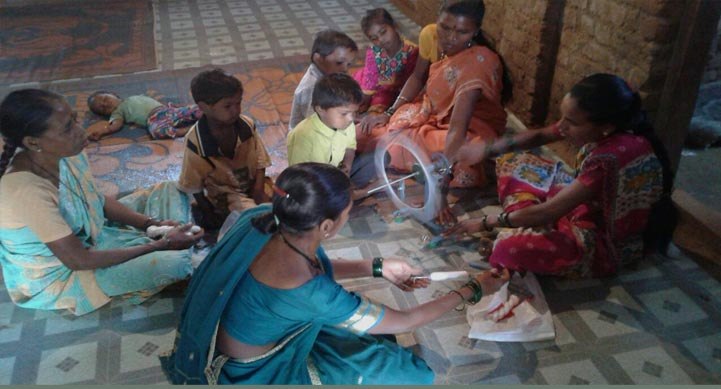