Foreign airport …Tight security check at the airport….the security staff does not know English ….finds a suspicious article in my bag…..I am desperately trying to tell him that it is not a dangerous article but he just refuses to understand….Who can save us in such a situation and that too abroad ?…..Our One and Only Bapu

Whenever we need Him, it is Bapu rushes to help us, his children. This has been experienced by many Bapu bhaktas and that too several times. And most importantly, even if they are far away beyond the seven seas.

I shall now narrate the experience I had at the Hong Kong airport. On my way home to Los Angeles from India, I had to change the aircraft at the Hong Kong airport.   It was mandatory to go through the security check before I boarded the flight. At the security, while checking my handbag the security staff found an article neatly packed in bubble plastic which he found suspicious. It was an eco-friendly Ganapati idol from our Shree Aniruddha Aadesh Pathak.

He told me to take it out. I was reluctant to take out the neatly packed Ganapati idol. As it is I was worried as to how it would reach Los Angeles safely. I had packed it up very well and kept it in my handbag. The fact that he told me to take it out meant that I had to open up the packing and show it to him. Seeing the idol probably he may allow me to take it but then the biggest problem was how to neatly pack it again for my onward journey. To make matters worse the security staff did not know English, he only knew the local language. I was desperately trying to tell him that it was our God’s idol and that it was eco-friendly but he refused to understand it. I was trying to tell him by making gestures but it was futile.

Eventually, he put his hand in my bag and tried to pull it out.  I was scared seeing the manner in which he was pulling it out and was worried that he would damage the idol of my Ganapati Bappa. Since it was not coming out he caught Ganpati’s head and was forcefully moving it left and right. I begged him to stop pulling it saying that I would show him how to take it out but it all fell on deaf ears. He refused to listen to me and continued his struggle.

I could not bear to think about the condition in which the idol of my Ganapati Bappa would be after it was taken out. I called out to my Bapu, “Bapu please help.” What followed was incredible! The moment I called out to my Bapu the security staff took out his hand from the bag and told me that he had finished with the security check. He had not even seen the article he was trying to force out of the packing. He had just suddenly changed his mind. In fact, he helped me to put in all the things he had taken out from my bag so that I could be done quickly with my security check.

On reaching Los Angeles with great fear I took out the idol from the bag. To my surprise, I could easily take it out and on opening the packing I found the idol of Ganapati Bappa intact without a single scratch.

Seeing my Bapu’s Leela my eyes were filled with tears. The security staff mishandled the idol but there was not a scratch on it.

Bapu wanted the idol to reach safely to Los Angeles and he did it.

My Bapu, crores of pranam to you. May we always be blessed at your lotus feet. 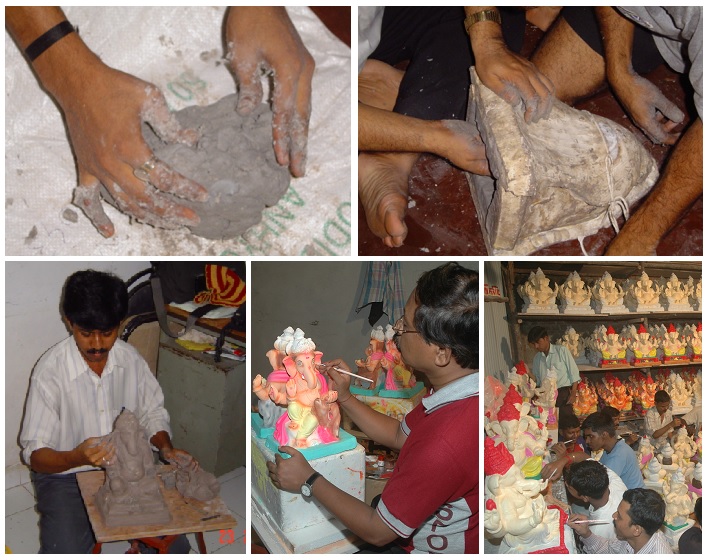